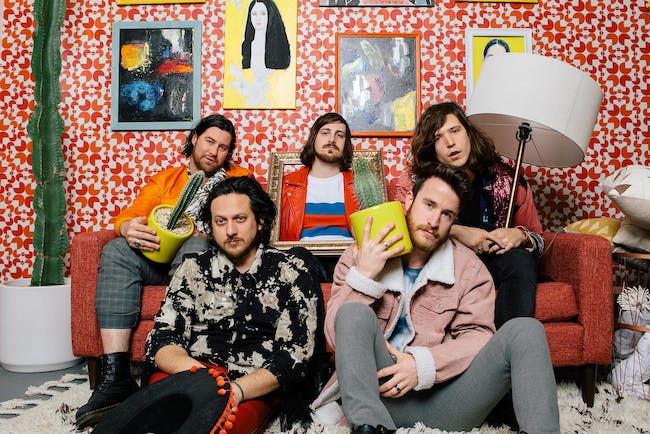 Based out of Fort Worth, Texas, The Unlikely Candidates are an indie rock band initially formed as an acoustic duo by childhood friends Kyle Morris and Cole Male in 2008. Eventually expanding the lineup to include guitarist Brenton Carney, bassist Jared Hornbeek, and drummer Kevin Goddard, the band was also able to expand its sound in bigger, more sweeping directions. In 2013, the band signed on with major-label Atlantic and released their debut EP, Follow My Feet. In early 2016, the Unlikely Candidates returned with a hooky new single in “You Love Could Start a War,” which made a strong showing on Billboard’s Alternative Songs chart.

Dylan Jackson Scott is a man on a journey. His band RH2 is music with a rare sort of honesty and ambition. “I want people to know that I care about them,” says Dylan plainly. “For me it’s musical and cultural. I don’t want to make a difference for the sake of shaping culture, I want to do it because it’s desperate for oxygen.” While his past endeavors, including New Jersey’s Young Rising Sons and Los Angeles-based Rad Horror, created their own sonic ripples and racked up Spotify plays, now with songs like the confessional “In My Head”, RH2 is the sound of an artist coming into his own.

RH2 (which, in fact, stands for Rad Horror 2) picks up the pieces of past efforts and brings it to a new focus. “This is the first time I’ve felt that I could say everything I wanted to and needed to say as a person and a songwriter,” Dylan admits. “The songs are my truth without any sort of apology.” Also known as a songwriter and producer for the likes of Halsey and many others, Dylan and RH2 is intent on crafting anthems and sharing insight to the modern generation.

“I’m inspired by people like Bob Dylan, Kurt Cobain, Lou Reed and more recent artists like Kanye West and Jay- Z,” says Dylan. “I’m inspired by art, by literature, and by people I heavily identify with. The ones who struggled with mental illness and a troubled youth, but were incredibly prolific and created great art in spite of themselves and the harsh limitations they faced along the way. I know I have something to say, but I want it to be from my perspective, rolling off of my own tongue. RH2 is my vehicle for that.”