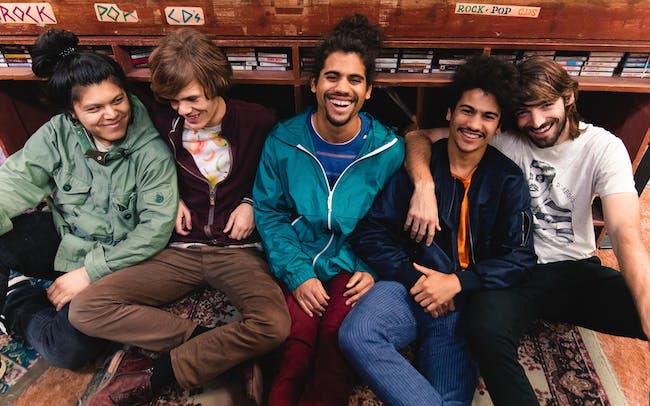 Not so long ago, in the heart of a particularly fat jam session, two grown choir boys decided to create a funknroll band. When they found a Swedish American, vegan bass player with a secret handshake, the journey began. Along the way, they picked up a rowdy, trumpet wielding brother and a pair of lifelong groove specialists. For three fateful years, More Fatter honed its wildly colorful, brazen sounds with the good people of the Bay.

In 2019, they set their sights beyond. The band will be releasing a second studio album in the Fall, with three singles already out and another coming soon. They’ve also developed a rapidly growing itch to pack up their sounds and hit the ol’ dusty trail around the US.