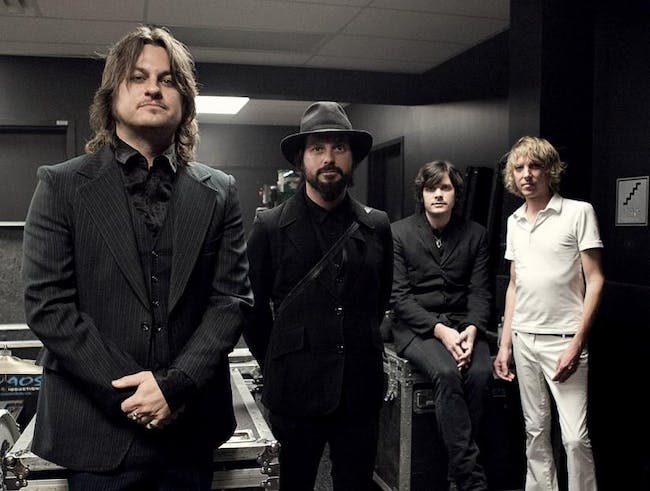 With a swagger-shouldered sound that brought glam rock’s glory days squarely into the mid-2000s iPod generation, Louis XIV were indie-rock everymen – far more interested in raising hell than reaping any sort of credibility from the burgeoning blogosphere of the time.

After forming in 2003, the San Diego-based quartet became an underground sensation virtually overnight, selling 10,000 homemade copies of their early, self-produced recordings. The band’s 2005 major-label debut, The Best Little Secrets Are Kept, bore the freewheeling hit “Finding Out True Love Is Blind,” and the group’s cheeky brashness and modern take on timeless rock eras of the 1970s earned them accolades from Rolling Stone, Esquire and MTV and performances alongside the likes of The White Stripes, David Bowie (who once hailed Louis XIV as one of his favorite modern acts) and The Killers (who would go on to cover “Finding Out True Love Is Blind").

Their follow-up, 2008’s Slick Dogs and Ponies, expanded Louis XIV’s garage rock repertoire and peaked at No. 6 on the Billboard Heatseekers chart thanks to massive audience acclaim, but an indefinite hiatus found the band heading their separate ways in 2009. In the interim, frontman Jason Hill has produced and worked with Brandon Flowers, Wolfmother, Sky Ferriera, Ariel Pink and Jet – in addition to collaborating with director David Fincher for the score of the Emmy-nominated Netflix series MINDHUNTER and music for the film Gone Girl. Guitarist and vocalist Brian Karscig has been releasing music under the pen name The Nervous Wreckords. In addition to playing guitar with The Killers on tour, Karscig co-founded a music tech company, BLKBOX, as well as an artist management firm.

After a handful of one-off performances, including a prime spot at the Just Like Heaven festival in 2019, Louis XIV are excited to announce their reunion for a series of special performances in 2020. Commemorating the 15th anniversary of The Best Little Secrets Are Kept, the shows will feature all eras of the band’s beloved catalog, proving that even after all these years, their music is just as revered – and relevant – as ever.