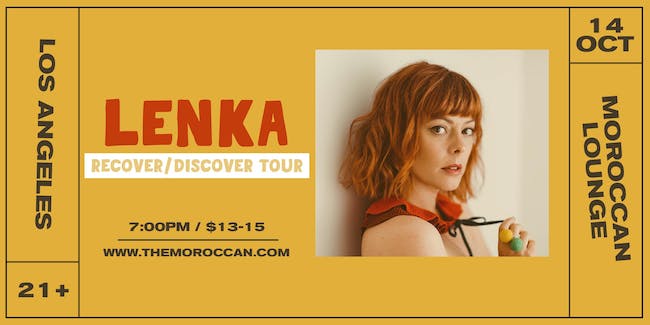 Don't miss Lenka on her US tour to support her forthcoming twin EP Recover/Discover!

Lenka is an Australian singer/songwriter, formerly of the critically acclaimed band Decoder Ring, who has been releasing solo albums and touring worldwide for the last decade. She is best known for her songs The Show, Trouble Is A Friend and Everything At Once, which have all had wide international success, especially in the world of film and TV placements. For this show Lenka and band will be revisiting her early work as well as playing new songs and covers from the twin EPs.