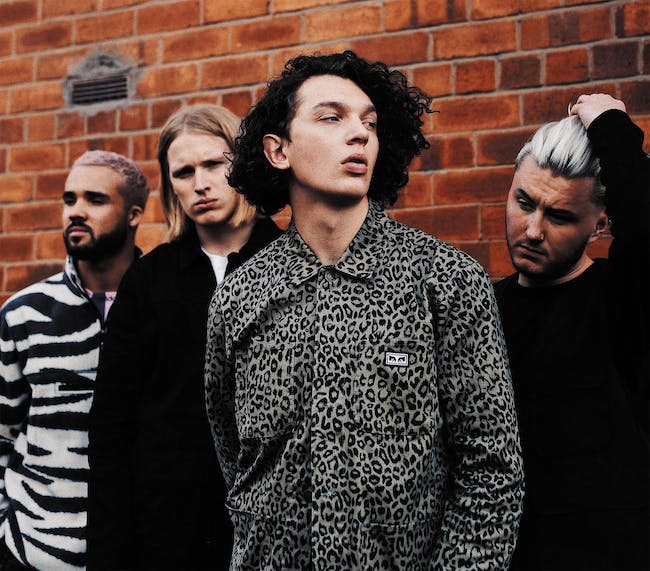 Fresh off the back of a breakthrough year that has seen them headline Manchester’s Albert Hall, Larkins have released their latest single ‘Not Enough Love’ alongside announcing a 7000 ticket UK tour, by far their biggest to date.

This follows on from a year which saw their music pick up significant support from Radio 1, Radio X, BBC Introducing and Spotify and Apple Music. The four-piece stole the show on the BBC Introducing Stage at Reading and Leeds festivals this summer in what felt like them laying down a marker of things to come..

With music produced by Dan Nigro (Freya Ridings, Sky Ferreira) Chris Zane (Friendly Fires, Passion Pit) and mixed by Andrew Dawson (Kanye West) the bands ever developing sound and fanbase is further evidence of the excitement that Larkins are creating. Led by a vibrant guitar lines and refreshing productions. 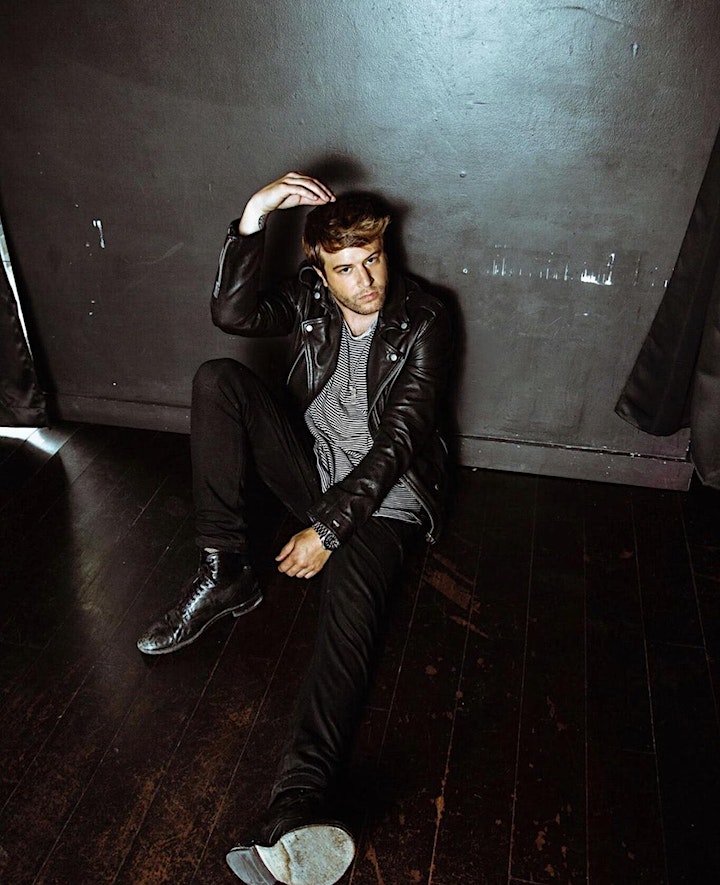 Truthfully, the story starts at some dusty Kansas City sandlot during the nineties …

On this baseball diamond, everybody referred to Colin Dieden as “Little Hurt,” nodding to the day’s top designated hitter Frank “The Big Hurt” Thomas. The singer, songwriter, and multi-instrumentalist had all but forgotten his childhood nickname until he woke up from a deep sleep one night in 2019.

He felt a strong need to fulfill the name once more—not at Homeplate, but in the studio and on stage as the moniker for his solo music, Little Hurt.

“It’s part of my past, so it felt right for the future,” he explains. “When I think about it, I can see, smell, and hear the Midwest in the summer. The memory was so visceral and clear. I knew it was cool, because I have so much attached to it. I was taking a step forward musically, but also looking back to a time before things got complicated. Of course, it’s a bit emotional too. I’m just a kid from Kansas who’s a little hurt.”

By 2019, that “kid” had come a long way from Kansas, fronting The Mowgli’s to international success upheld by nearly 200 million cumulative streams, critical acclaim from Rolling Stone and The Fader, and sold out shows far and wide. After nearly a decade, he desired to share himself like never before though.

Moving on with the blessing of his bandmates’ (and friends), Colin began writing for what would become Little Hurt in early 2019.

“I wanted to tell a story that was entirely my own,” he explains. “There were things I needed to say by myself. I started writing about who I am and my life totally unfiltered. I’ve dealt with a lot of issues. I’ve got a complicated head and can be my own worst enemy. Anxiety is something I’ve battled forever, so I built a place to deal with these heavier subjects such as the struggle with depression. I’m not always the happy guy; but I’m happy opening up like I have here.”

Holed up in a studio alongside producer and frequent collaborator Rob Ellmore, Colin opened up and recorded a handful of demos. Those demos caught the attention of RED Music who signed him straight away upon first listen.

Equally influenced by everything from Jack Kerouac to Louis The Child, Crosby Stills Nash & Young to Major Lazer, as well as touchstones such as The National and The Smiths, he fashioned a dreamy and dynamic style rooted in ethereal production flourishes and candid lyricism on the line between alternative and pop. Among the singles, “Better Drugs” vaults forward on propulsive production and clean guitar as it unfolds into a hummable hook, “I need something to believe in. I need better love or better drugs,” before a glitchy electronic breakdown.

“It was written about a night with someone at a bar in Hollywood,” he says. “We were on the wave of falling in love, but we were disconnected for a few months. During the course of it, we decided maybe we weren’t right for each other. The lyrics are a play-by-play of what happened throughout the night and what went wrong.”

Meanwhile, another single “Alaska” bounces between handclaps, Latin-inspired horns, bombastic bass, and shimmering guitars before the admission, “I think I’ll dye my hair and move to Alaska—last couple of months have been kind of a disaster.”

“I made it as far as dyeing my hair,” he smiles. “It captures a total manic phase in a really cool way. It’s one of my favorites.”

With a debut EP on the way and touring in the works, Little Hurt’s story will undoubtedly connect with many.

“When you hear this music, I want you to feel like you’re not the only crazy person in the world,” Colin leaves off. “It’s normal to go through anxiety and depression. I want to let everyone know they’re not alone. We’re all a Little Hurt, and it’s okay.”