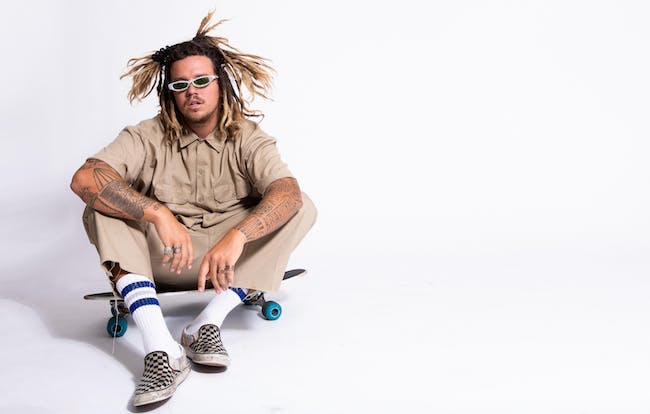 DENM is an up and coming artist, singer, songwriter, and producer from Huntington Beach, CA. Born and raised in Southern California in the 90s, he is simply a product of his environment. His style is reminiscent of the sound coming out of SoCal in the early to mid 90s by blending catchy vocal melodies, reggae, hip hop, and punk rock. All while tying it together with his own style and modern production.

In 2018, DENM found himself attracting the attention of hit production songwriting team Rock Mafia, known for their work with Eminem, Diplo and Miley Cyrus to name just a few. Together they started creating a sound that has evolved into what DENM is today. Songs like “Blow It Up”, “Life’s Too Short”, and “My Wave” that all take us on a trip to the seedier side of SoCal and embodies the fun, yet tough experiences of living in a slum beach town.