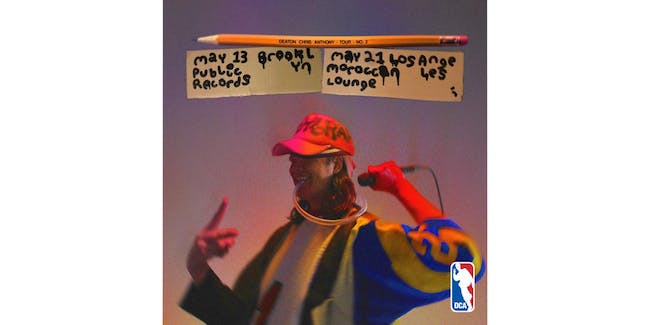 Deaton Chris Anthony is an aspiring R&B musician in search of true love on the internet. The reality is that he’s already seeing a lot of love thrown his way online. When he’s not designing rare one-off sweaters that sell out in minutes, he’s crafting crispy cross-genre R&B that also touches upon hip-hop, soft rock, and electronica.

His debut album BO Y radiates the same kind of style and grace that a bootleg outfit would and the autonomous and entrepreneurial spirit of Anthony’s artistic ethos is also apparent in the distinct approach of the record - it feels unique and bespoke. However, the album is also loaded with guests - such as UMI, Clairo, and Omar Apollo - and this sense of collaboration is equally central for Anthony in his creative endeavors. “Music is most fun for me when I make it with my friends,” he says. “Each feature on BO Y adds flavour to what the album tastes like as a whole.”

The album may sound like a perfect zeitgeist record - embracing idiosyncratic sounds via classic synth presets, electro beats, layered vocals, and R&B grooves - but it’s been several years in the making with Anthony understanding the importance of not rushing things and not forcing a sound or style. The album began life back in 2016. “At the time I had no gear except a MAC, so I taught myself how to build a studio. At the same time, I also taught myself how to sew and constructing upcycled clothes myself has become the soul inspiration for BO Y. In 2018 I launched my clothing brand to fund recording the rest of the album. I would sew 10 sweaters, sell them and live off of that money for two months, then go home and sew 10 more and repeat. I did this for an entire year.